Thropic officially kicked off its partnership with The Trevor Project in August 2021 after committing $150,000 to the organization as part of LGBT Pride month last year.

Their film, a story about an LGBTQ teen who attempts suicide, was set to begin airing nationally on HBO, and the filmmakers wanted to include a number to a suicide lifeline for young people that might feel like the character “Trevor.” Finding no such number existed, the filmmakers opened the Trevor Lifeline.

Since that time, The Trevor Project has risen to national prominence in the realm of suicide prevention among LGBTQ youth, fielding hundreds of thousands of calls from young people in crisis. In addition to operating the only national crisis lifeline for LGBTQ young people, the organization is the first to offer suicide prevention services nationally to youth in digital spaces, including counseling via instant message through TrevorChat, and the largest online social network specifically for young LGBTQ people, TrevorSpace. 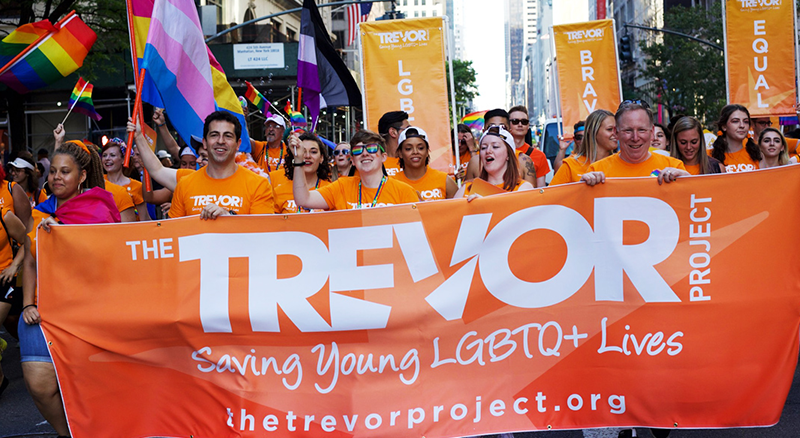 When you visit or interact with our sites, services or tools, we or our authorised service providers may use cookies for storing information to help provide you with a better, faster and safer experience and for marketing purposes.